skip to main | skip to sidebar

This summer I have spent most of my time working on an exciting collaboration project, which represents a new and ground-breaking idea of how to get new ideas, new projects, new IP:s started in the animation arena of today.

"Collabs" is in part a collaboration project aimed at developing an original IP that all members own a part of, in part a course for primarily newly graduated animator's or just junior animators wanting to keep on developing their skills.  This course has TONS of instructions and learning material that comes with it.  That's the part of the enterprise that most interested me - to get a good chance to take part of a production, working as an animator, experiencing "the life on the pipeline" in an L.A.-based production and keep on LEARNING from the experience.

Collabs   -  the business-idea -  is the brainchild of Kenny Roy from Arconyx animation studios, who is not only a great animation teacher, producer and animator - but also a incredibly mindful and forward-thinking entrepreneur in the animation business!  If you want to know a little more about this collaboration project as a business model and perhaps get some idea of how it was conceived and set up - head over to the collabs homesite and check out what Kenny himself has to say about this project.

Now the summer collabs of 2013 is over.  Or is it....?   You never know - one day there just might be a most exciting continuation and opportunity blooming out of this intense two month course.


Just as a small update of what I have been up to during the last year;

- the development of the 2d pre-school series MILJA is well on the way.  I'm very excited about where this thing is going and can't wait for the production to start!

- I have been visiting my regular workplace at YLE, working on some documentaries for pre-school television   (had almost forgot how fun it is to work with REAL children)  ;-)  These short films are coming up on the world's best finnish-swedish TV channel YLE 5 in 2014.

- During jan-march 2013 I also participated in the pilot for the storytelling / short film production classes at Animaton mentor.  Very good to get a chance to get back working in Maya after having been involved for so long with 2D planning and thinking with the MILJA-project.

Here, below, you can see my 2 character dialouge shot from the first class of this 3 class long effort.  In class 1 we all worked on our individual dialouge shots, while at the same time developing story ideas for the upcoming short film project, which is to be realized during class 2 and 3.  There is still some polishing to be done on this shot, though.


- I was planning to go on directly to to class 2 and 3 of this production pipeline class, but the whole schedule of these classes were moved forward for different reasons, which made it a little tricky for me to actually find the time to participate.  Well, we'll see... maybe I'll join in later, sometime.

- Meanwhile, I heard the rumour about Kenny Roy starting up his COLLABS project, which seemed like a very interesting idea to me.  This would also give me the chance to real pipeline experience, just like the AM courses would, but in a shorter time span than what would have been the case if I had went on with the AM classes...  And we also get to see and learn a little about the BUSINESS behind it all, since the decision processes are transparent to all of us who are taking part in the project.  Such an opportunity to invaluable learning!

So now I can proudly make the statement that I am a member of the very first ever COLLABS project!  Really looking forward to the production which starts may 27th!  Loads of good, experienced people are coming in to aid us through the process, just the other day we also heard the decision on which project we will actually be doing  -  and even if I can't tell you exactly what it is I can tell you that it is EXCITING ! 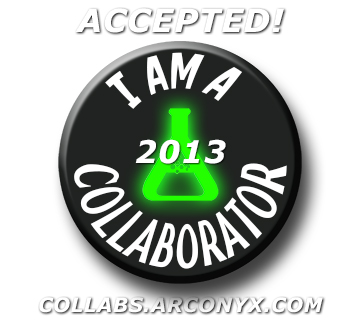 John Lasseter had it all figured out in 1994

Kind of nice to see an old interview like this one. It reminds you of how young the CGI animation industry actually is...  I spotted the clip at the Speaking of animation-blog, BTW.

John Lasseter – Tricks to Animating Characters with a Computer – SIGGRAPH ’94

John Kricfalusi did a Simpsons intro sequence recently (I think this episode is airing now in the US). His style is just so far out and so whacky that you can't do anything but surrender and be totally inspired by it. Have a look at these short clips from cartoon brew.

Yeah, it's a wrap! Animationmentor is over, I finished class 6 a week ago ...and now I have the pleasure of titulating myself as a character animator. :-)
It's been a wonderful 18 months at school, I have learned a LOT, made a bunch of new friends and will now go on to (hopefully) find some use for my newly required skills.

I can tell you that it sure was nice to have a week off, though, and catch up on some very badly needed sleep... but now I am back at animation desk again, ready to rock n roll.

This is what my demoreel looks like right now. I will sure work some more on these shots, but I'm also thinking of starting up some new ones, soon.

Have a look at these ultra slow motion clips... those arcs are so beautiful!
And here is a good tip; turn that damned music off, it's just so distracting! :-)

Halfway into the finishing 6th class of Animation mentor! Only 6 weeks to go and focus is now completely on the process of polishing you shot to final.

This is some recent polishing work that I have done to my shots from class 3. With the help from my awesome mentor, Kenny Roy, there are some significant improvements, I think. :-)

Hans L
Hans, AKA "Hasse", is a TV producer since many years specialized in kid's television AND a character animator, now advancing to the field of animated tv-series production for pre-school audiences.

My studies were made possible with thanks to